It is very similar in appearance to the dromedary, from which can be distinguished by its two humps and its longer and darker fur, that protects it from the cold winters of the Asian plateau it inhabits. It can spend four or five days without drinking water, but when water is available, it is able to drink many litres at once.

It lives as a domestic animal in a great part of the desert regions and the steppes of central Asia, while in the wild only small populations remain, in the Mongolian deserts. 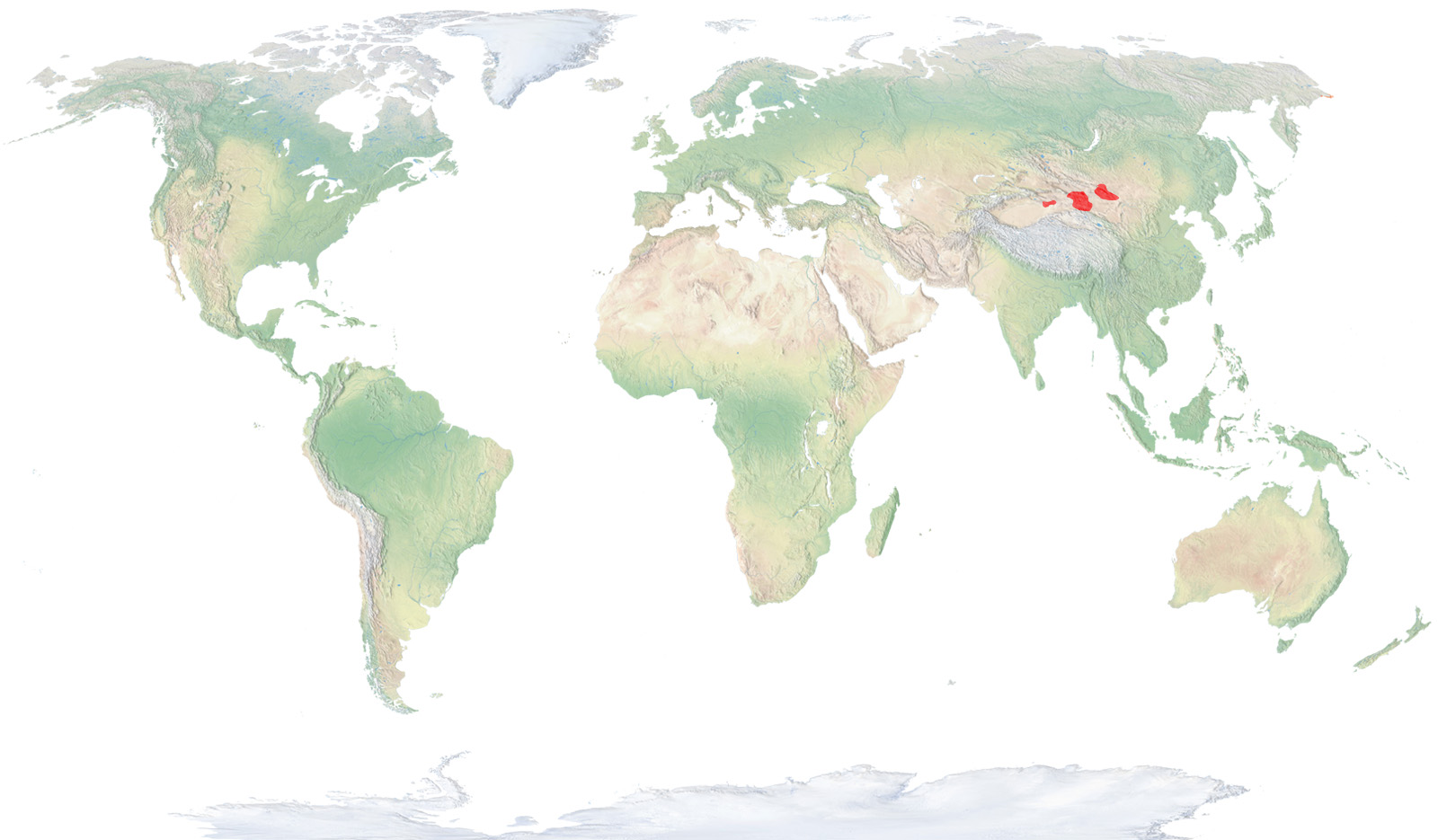 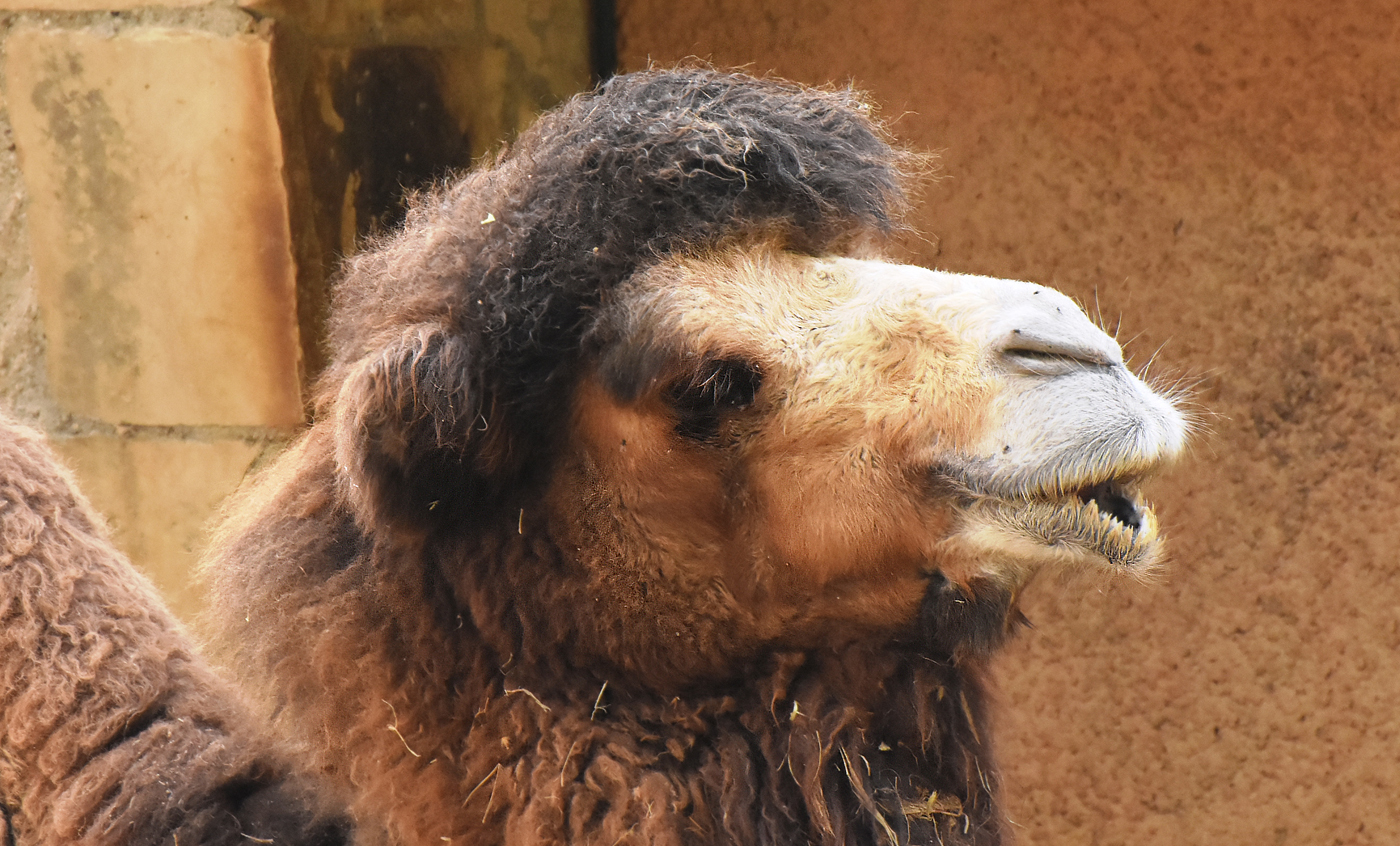 It is very similar in appearance to the dromedary, from which can be distinguished by its two humps and its longer and darker fur, that protects it from the cold winters of the Asian plateau it inhabits, which maintains a temperature lower than 0 ºC during the winter. In the spring, however, its long fur is substituted by a lighter coat that helps it bear the hot summers, when temperature can exceed 50 ºC. During moulting, these animals have a shabby appearance.

In order to protect itself from the strong winds and storms typical from the desert, it has developed long and thick eyelashes, as well as the ability to open and close its nostrils at will, through some special muscles. Its feet end in two toes that present a kind of wide cushions that increase considerably the support surface of its feet, which is an adaptation that enables this animal to walk on sand without sinking into it.

Bactrian camels live in rocky arid areas with limited vegetation and water sources of the Gobi Desert, in Central Asia. At winter, they can be found along the steppe rivers, but they scatter towards the desert when the snow melts in the spring. The temperatures in its habitat vary from -29 ºC during winter and 38 ºC at summer.

It feeds on grass, bush leaves, tubers, stems, seeds, fruit and roots, and it can spend days without drinking, thanks to several physiological adaptations and, mainly, due to the fat in its humps, from which it obtains the water it needs.

Bactrian camels are polygamous and dominant males are very aggressive and defend a group of females during the mating season. Both males and females reach sexual maturity when 3 to 5 years old, and reproduce every two years, during the fall. After a gestation period of thirteen months, they give birth to one or two calves, which normally are born from March to April. Calves are able to walk and run shortly after being born and they feed on their mother’s milk for a year and a half.

Its activity is mainly diurnal, living in herds of six to thirty individuals, consisting almost exclusively of females, calves and new-born, while males are more solitary. They can run up to 30 km per hour.

It lives as a domestic animal in several desert and steppe regions of central Asia, where it has been used by mankind for more than 3,500 in countries like Iran, Afghanistan, Pakistan, Kazakhstan, Mongolia and China. It is praised for its physical endurance, being able to walk more than 40 km per day, while carrying up to 450 kg. Its meat, milk and hide are also highly regarded, as well as its faeces, which, once dry, are used as fuel.

Nowadays, a few wild populations remain in small areas of Mongolia and China, although some authors believe that they are merely the remains of former domestic populations that have become feral. As a matter of fact, the situation of the species in the wild is critical, for on the last census of 2004, only 650 individuals were reported in China and less than 400 in Mongolia. And since then, its situation does not seem to have improved much.

The causes of this critical situation are the excessive hunting in some spots of its distribution area that usually take place when the animal leaves the natural reserves for its seasonal migrations, the overexploitation of the scarce water sources of the arid habitat where it lives, and the occupation of pastures for domestic cattle.

According to some taxonomical classification, such as the one used by IUCN (International Union for Conservation of Nature and Natural Resources), the scientific name of the feral form of the camel is Camelus ferus, while Camelus bactrianus should only be used to refer to the domestic form. 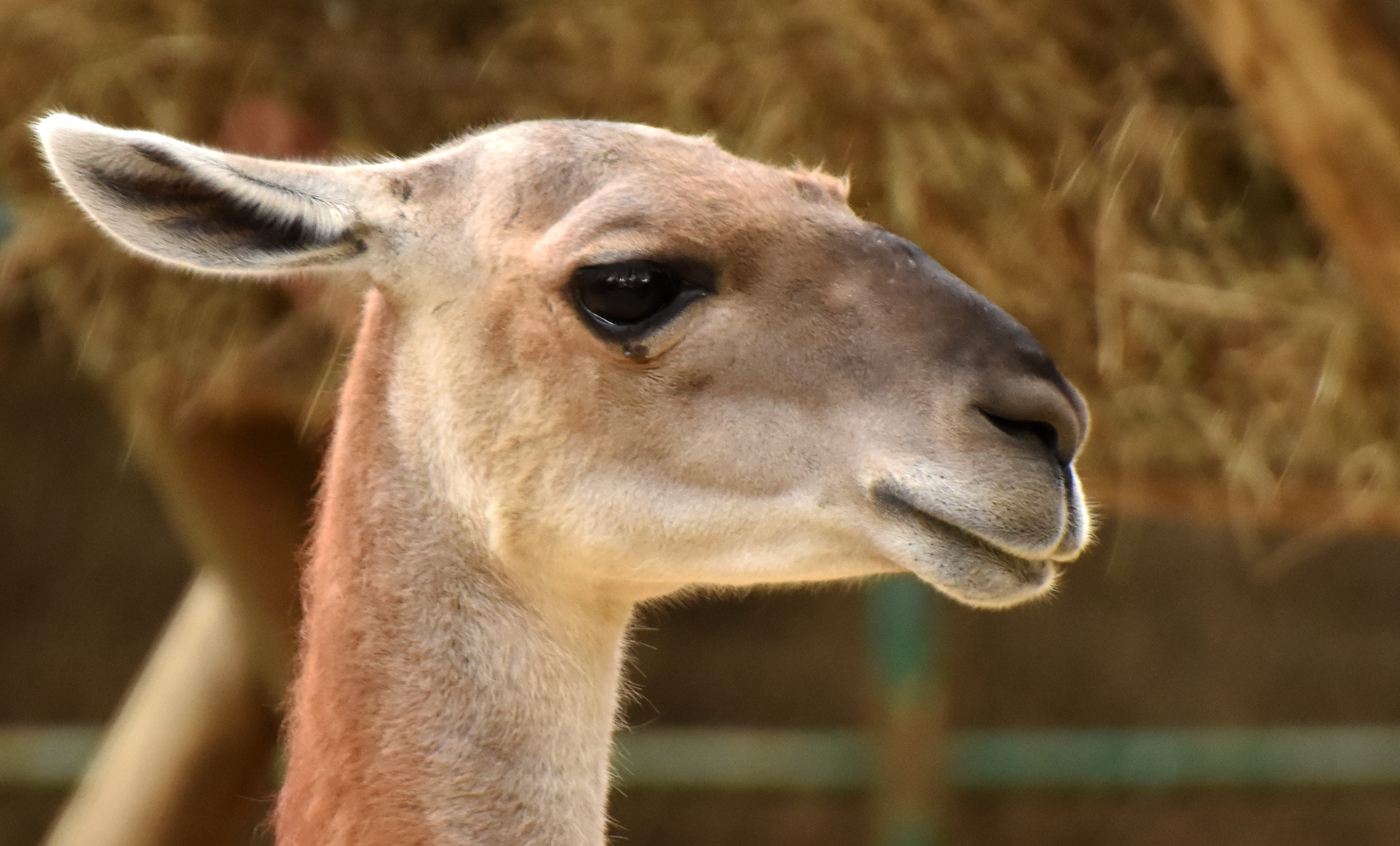