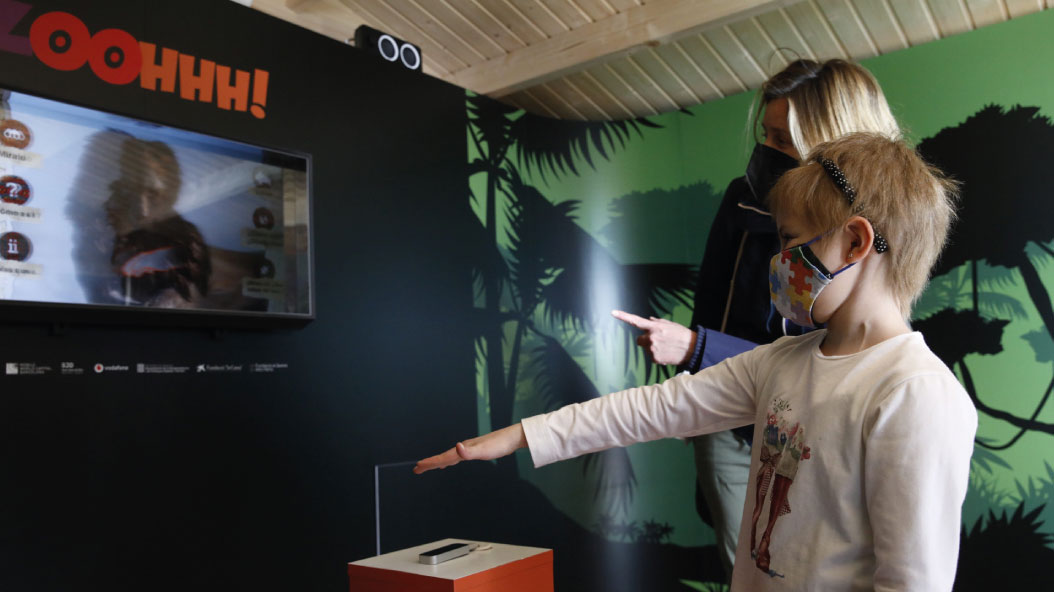 See how a lion roars and swipes its paw as we move our hand towards it, how a giraffe detects us and moves its head when we are present, how an elephant tries to greet us with its trunk or a tortoise moves its head, following our hand. All this will be possible thanks to ZOOHHH!, a pilot project that uses 5G technology and holography, and which was presented on 18 February at the Hospital Sant Joan de Déu Barcelona. The project aims to introduce some of the animals from Barcelona Zoo to children at the Hospital, improving their mood and reducing the impact of being in hospital. It is also an educational tool that enables them to learn the characteristics both of the animals and their habitats.

ZOOHHH! is a project promoted by Mobile World Capital Barcelona, together with Barcelona Zoo, the Hospital Sant Joan de Déu Barcelona, Vodafone and Fundació “la Caixa” with the collaboration of the Ministry of the Vice-presidency, Digital Policies and Territory https://politiquesdigitals.gencat.cat/ca/inici and the El Somni dels Nens Foundation. It consists of a cabin in the style of a viewing point featuring a 32-inch Looking Glass 8K holographic screen, with 5G connectivity from Vodafone rolled out throughout the facilities of the Hospital Sant Joan de Déu. The booth enables users to enjoy an interactive experience with wildlife from a particular geographical region of the world. The 3D volumetric technology from the company Aumenta Solutions makes it possible to interact with the digital models of these animals which, thanks to the Leap Motion sensor system, follow and react to the user's hand. 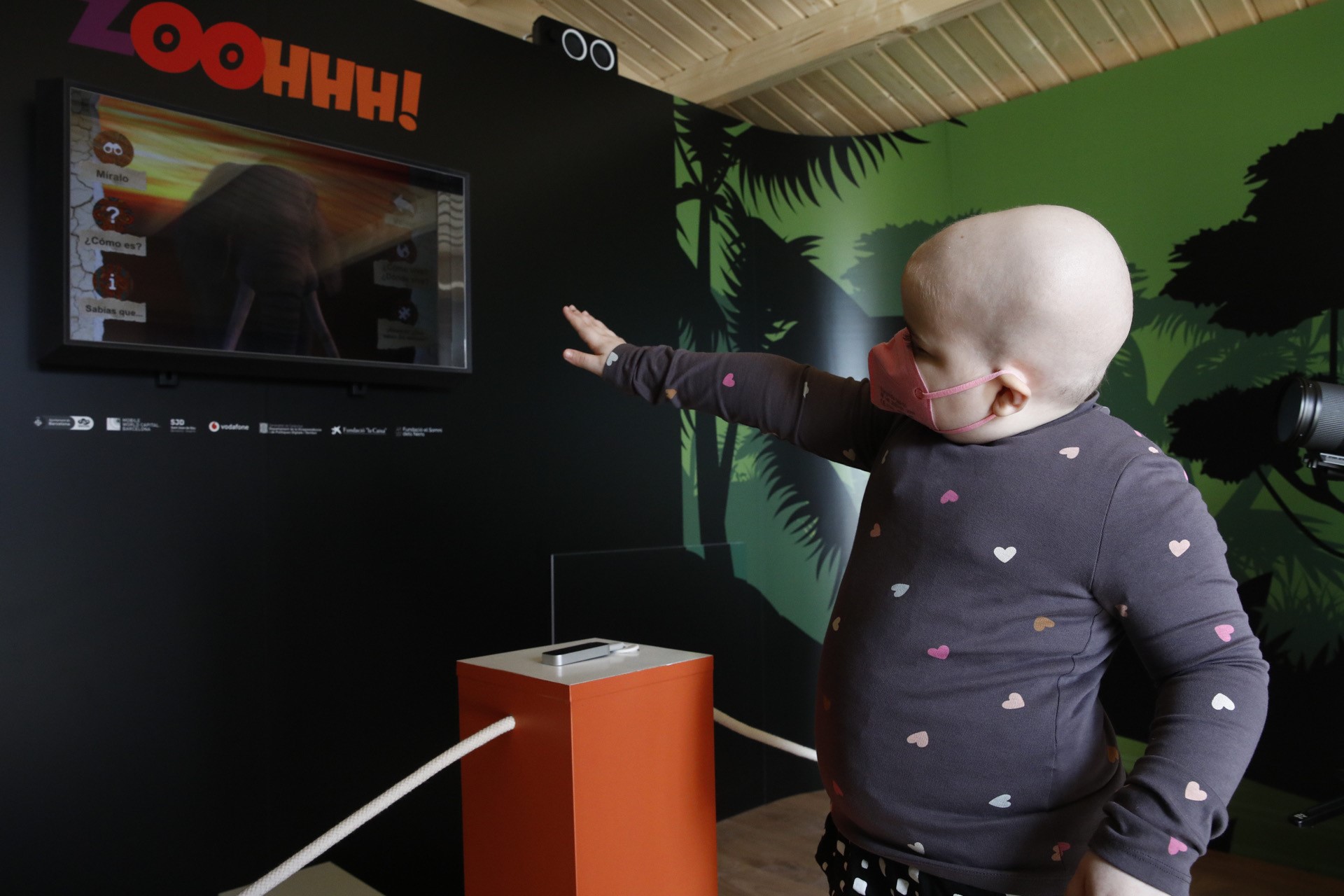 The 3D images with enhanced audiovisuals have been obtained through photographs taken at Barcelona Zoo, and the scientific supervision of all the content has been carried out by our biologists. The stars of this pilot project are a lion, a giraffe, an elephant and a tortoise from the Sahel.

Awareness-raising, along with conservation and research, are the basic pillars of modern zoos, committed to the conservation of wildlife and their natural habitats. In its new model, approved in 2019, Barcelona Zoo places special emphasis on working beyond its gates, spreading its message on biodiversity conservation to as many people as possible through eye-opening experiences that excite and motivate people to act and reconnect with nature.


On the other hand, the Zoo has always tried to reach out to citizens in vulnerable situations, particularly children, and regularly collaborates with hospitals and various other institutions, such as the Hospital de Sant Joan de Déu, the Fundació “la Caixa” and the El Somni dels Nens Foundation. Participation in the ZOOHHH! project enables us to unite these two vocations, incorporating the essential technological factor. The real-life equivalents of the virtual animals featured in this project, from the Sahel discovery centre at the Zoo, serve as ambassadors for this bioregion. The Sahel is also in a vulnerable situation and is a region with which the Zoo has strong links through various conservation projects. 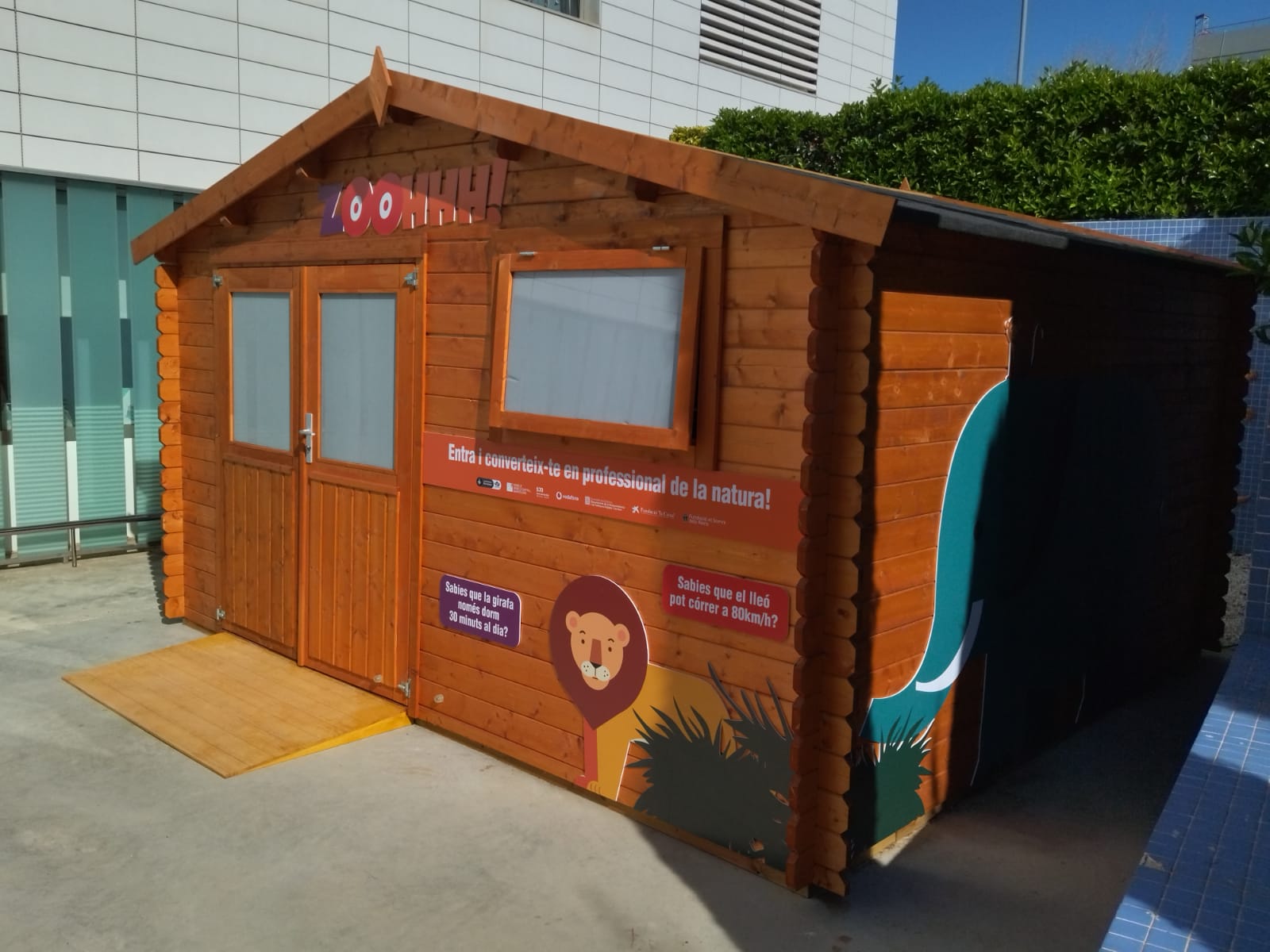