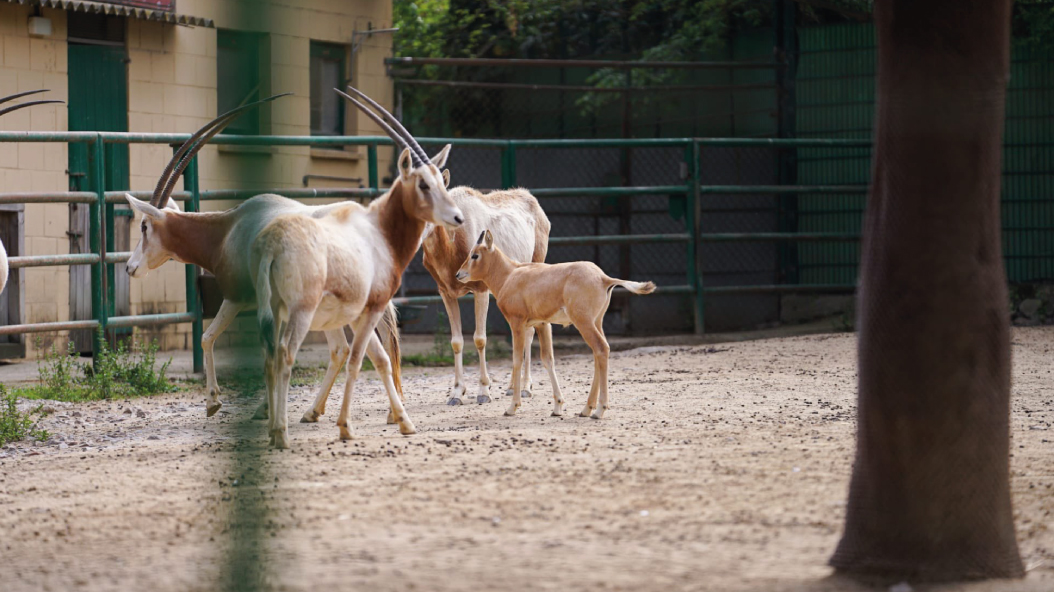 Of the ex-situ (outside the animals’ natural habitat) conservation work carried out at the Zoo, the birth in the early part of the year of a baby scimitar oryx (Oryx dammah), one of the latest species known to have become completely extinct in the wild, is particularly worth noting. This is also one of the many species in the Zoo that are included in the European Endangered Species Programmes (EEP), and it provides a good illustration of why it is so important to keep populations outside their threatened habitats: the only reason the scimitar oryx is not fully and irremediably extinct by now is because there are still a significant number of individuals in various zoos around the world, leaving the door open to their reintroduction in protected areas of their natural environment, a process that has already started in some reserves in the Sahel region of Africa with which Barcelona Zoo has been working on animal and plantlife in-situ conservation projects for years.

Tumbuctú, as the calf has been named, was born on 11 March to Christin (born in Stuttgart Zoo, Germany, in 2017) and Rufaro (born in Planckendael Zoo, Belgium, in 2016). He is the third calf born to this mother, who has previously given birth to two other males. The two parents arrived in Barcelona in October 2018 under the EEP programme. Although Christin was still very young, she was already of reproductive age. You can visit the young oryx with the rest of the group living at the Zoo - three females and four males - in the central part of ​​the park. 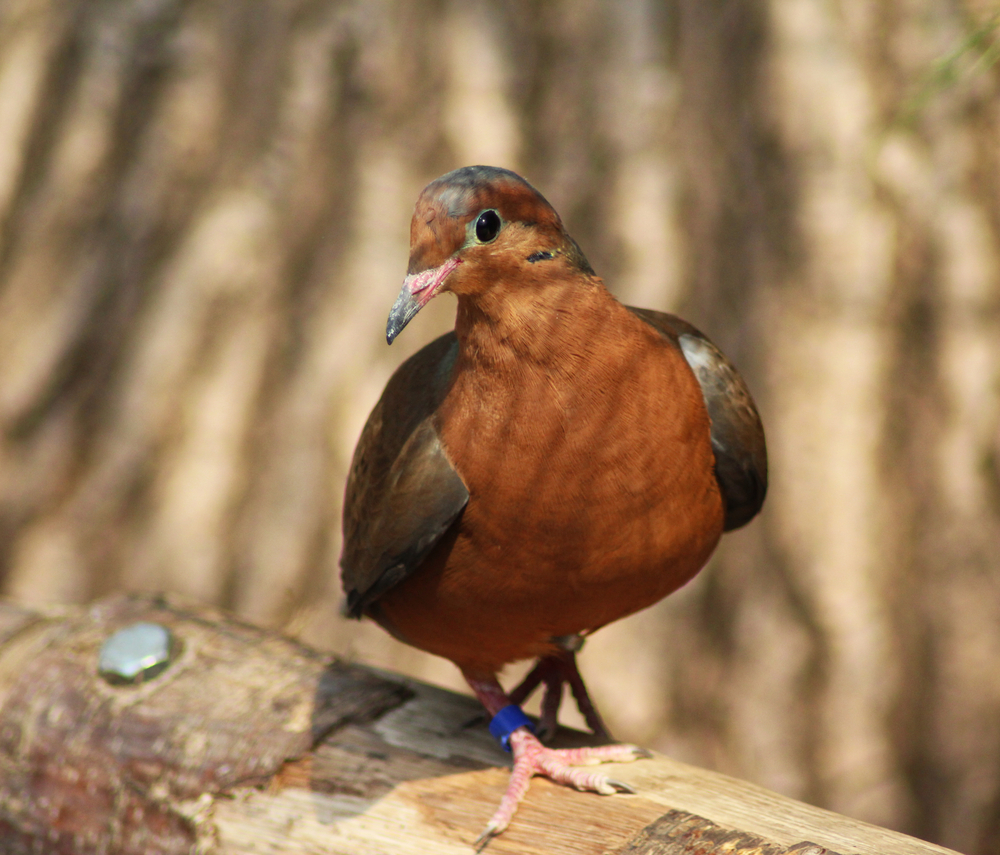 Another species that has become extinct in its natural habitat and has recently welcomed a new arrival is the Socorro dove (Zenaida graysoni), a bird endemic to the island of Socorro and the Revillagigedo Islands off the west coast of Mexico which was last seen in the wild in 1972. If you go to the Aviary at the Zoo, you will be able to watch the adults feed the two chicks that have just hatched!

This species of dove was driven to extinction by the presence of both goats - which damaged their habitat - and cats - which preyed on them - as well as by the introduction of invasive plant species. 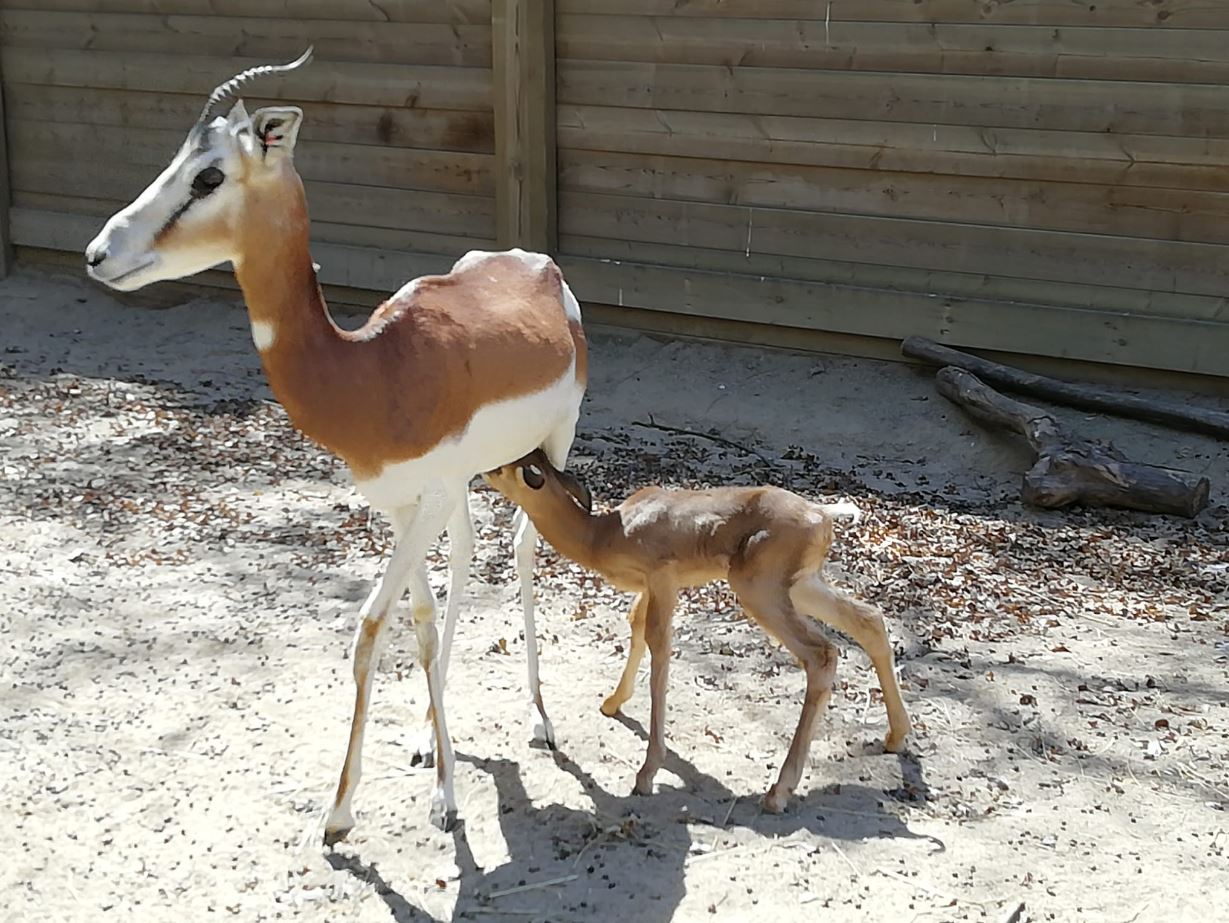 In recent weeks, there has also been the birth of a mohor gazelle foal. This is a subspecies of the dama gazelle which has also disappeared from nature. The Arid Zone Experimental Station in Almeria, a recovery centre for Saharan fauna under the responsibility of the Higher Council of Scientific Research (CSIC), founded a captive-breeding programme to prevent their total extinction in 1971. The programme began with one male and six females from a private collection. It was so successful that in recent years they have been able to release individuals into some African national parks, as well as sending numerous animals to various zoos around the world, including ours, which is also taking part in its EEP programme.