An omnivorous and solitary creature, it formerly lived in most of the forests in Europe, Asia and North America, but nowadays it has disappeared from many areas because of hunting by man and the destruction of the rain forest.

At present, it is only common in the former USSR, Canada and Alaska, where the largest breeds live, with the males weighing over 400 kg. In Spain, small numbers still survive in Cantabria and the Pyrenees. 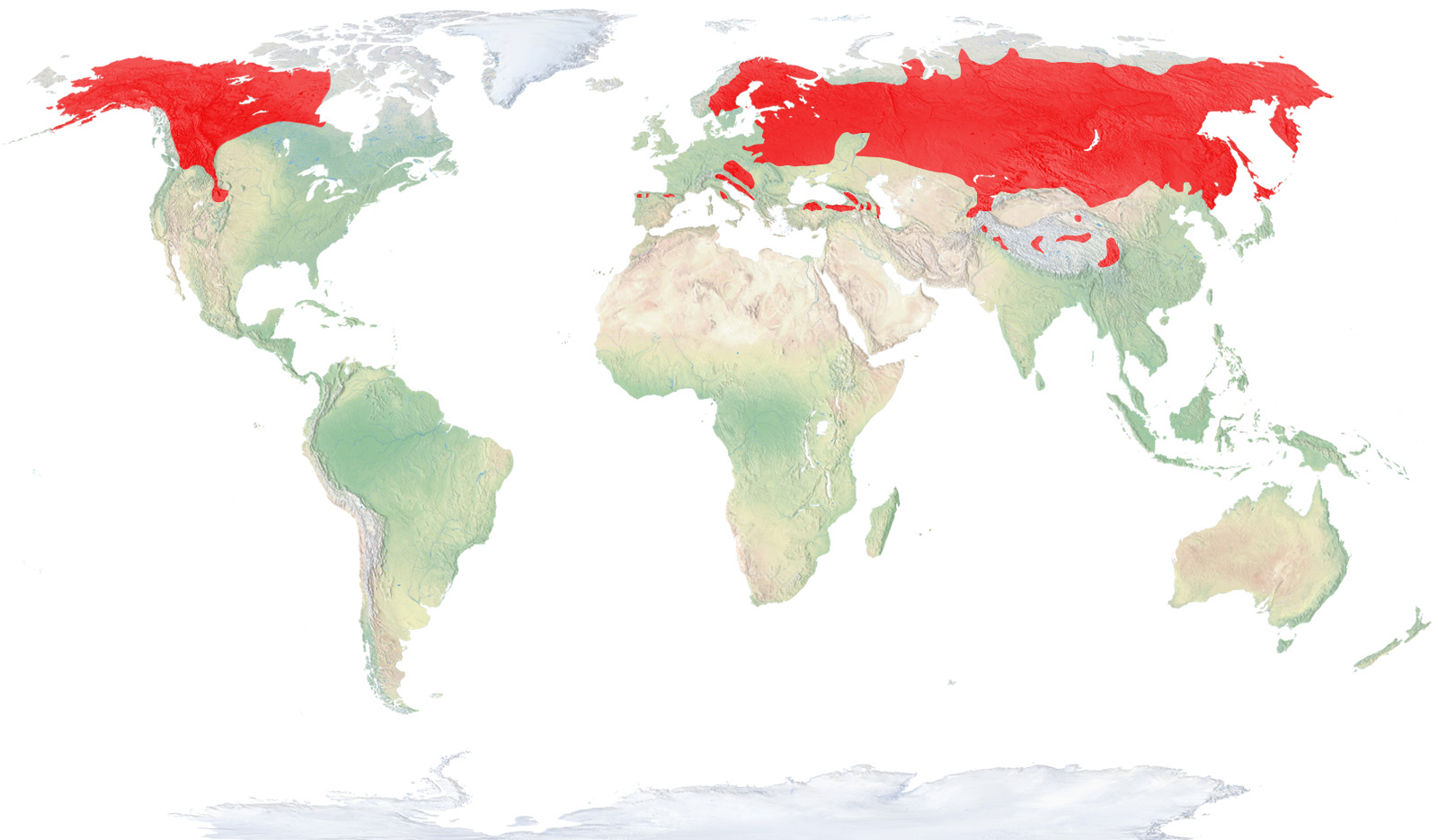 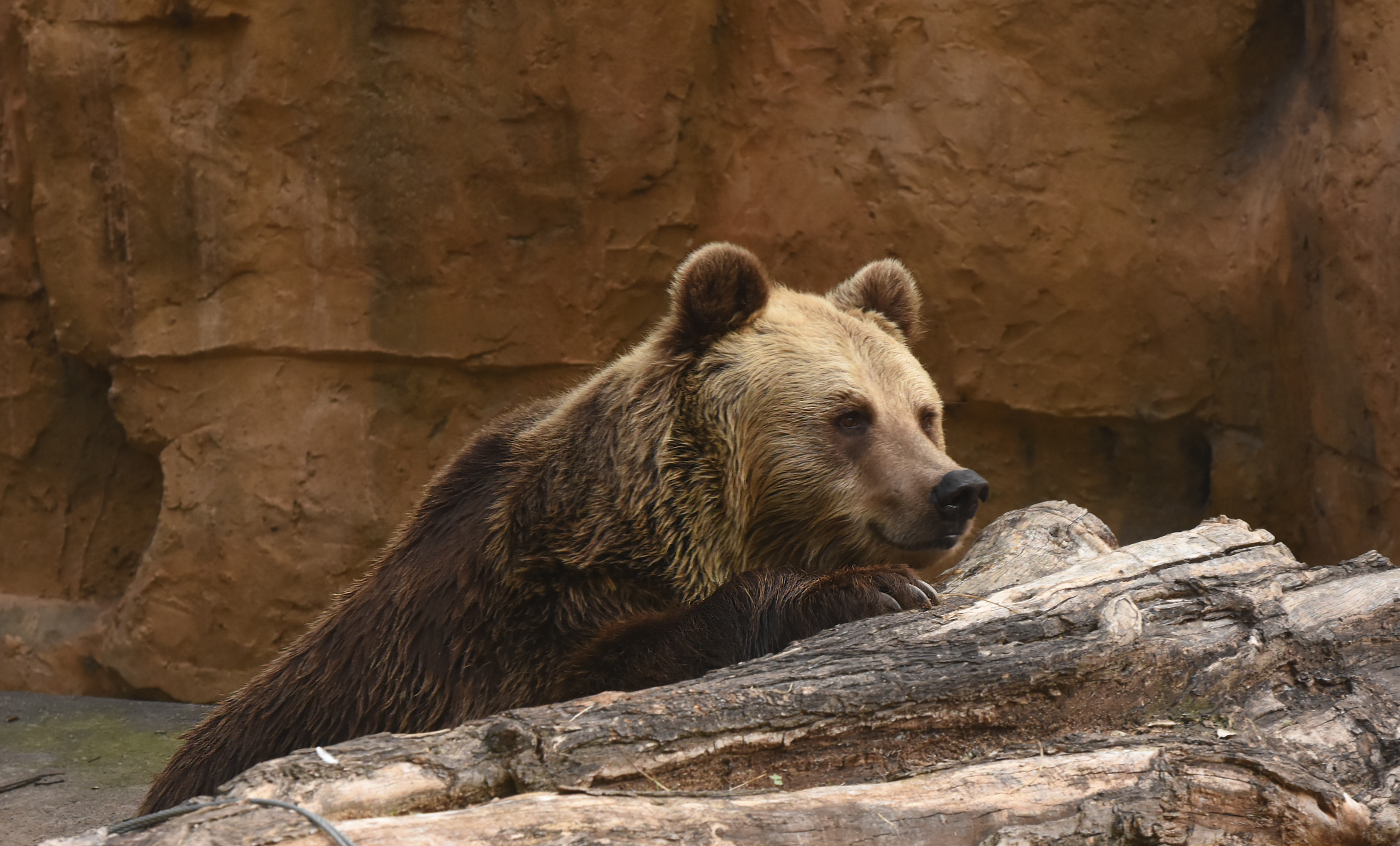 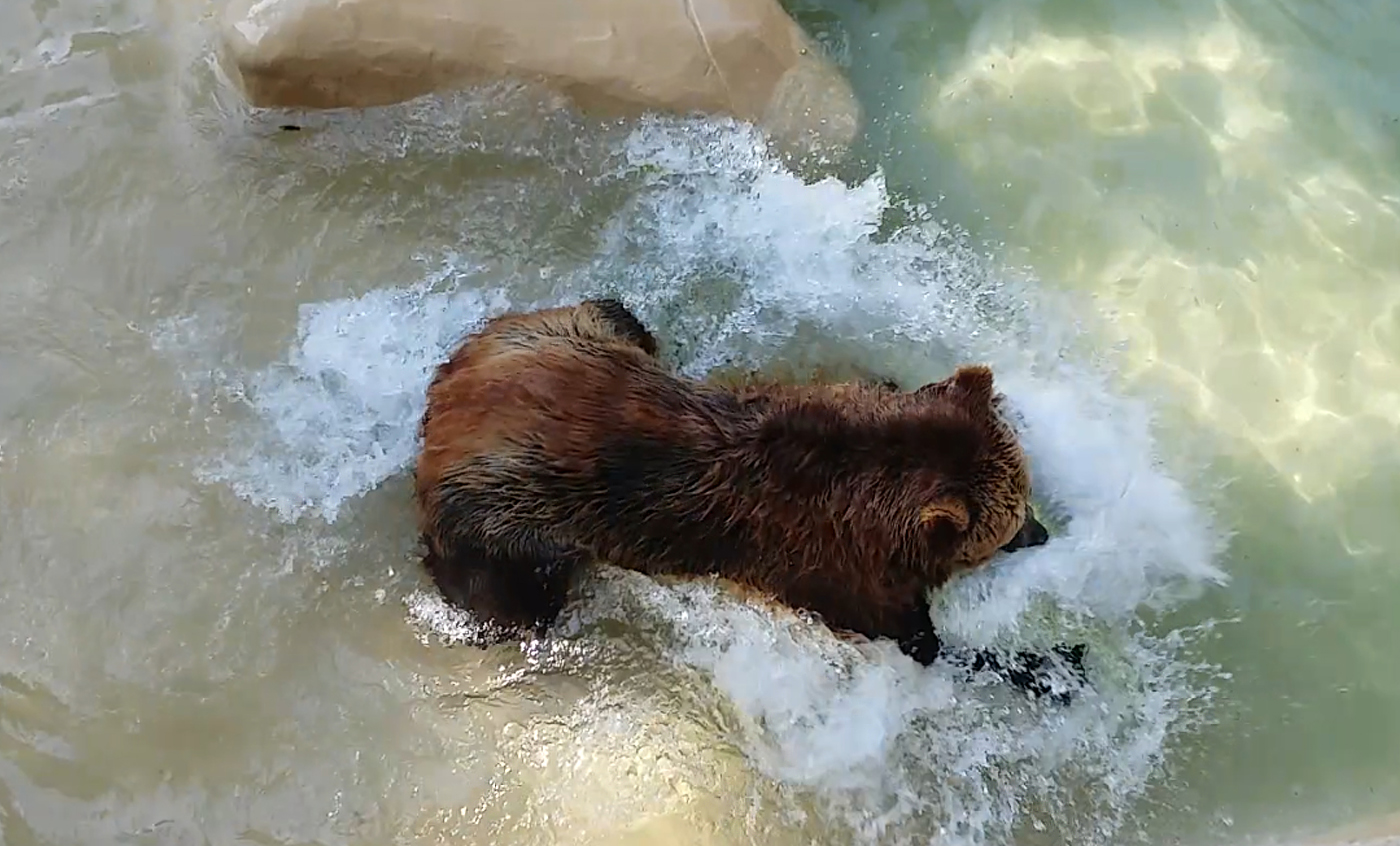 Its size differs greatly through its wide distribution area, and there are some small races, such as the one inhabiting the Cantabrian Range, in which adult males weight between 180 and 200 kg; bigger races, such as the one in Pyrenees, with males up to 2 m long and 300 kg; and authentic giants, such as the ones from Alaska -specifically in the Kodiak island- which are longer than 3 m and weigh more than 600 kg. In all cases, females are about 20% and 25% smaller.

The colour of its fur also varies, and can be from dark brown to cream, as well as different shades of grey. Its cubs usually have a variably wide white collar round the neck, which normally disappears when they reach the first year.

Its original habitat was the forest, in the plain preferably, but due to being continuously hunted by humans for centuries, it has been cornered to places far from our presence. For this reason, nowadays it is found exclusively in mountains, the last refuge of this species, where it can lead its reserved and almost exclusively quiet existence.

The brown bear is omnivorous, as it is an opportunistic animal that takes advantage of almost anything it can find in its habitat. When the appropriate season arrives, it feeds on all kinds of plant products, such as fruit, seeds, grain, tubers, tender grass, berries, truffles or honey, but it also frequently captures small animals, invertebrate such as worms, snails, slugs, beetles and ants, or vertebrate such as frogs, lizards, moles, shrews, dormice, rabbits and birds that can surprise in their nest, or their eggs,

It has great fishing abilities, which in our regions only uses sporadically, but in the northern areas it is one of its characteristic traits (in fact, salmon constitutes a fundamental part of its diet). It can also hunt bigger animals such as roe deer, chamois, wild boars, deer or domestic cattle, which is a serious point of conflict with human beings. Finally, it also feeds on all kinds of carrion, big or small, that it can find in its domains.

After a gestation of seven or eight months, one or two cubs are born (sometimes three, four or even five), which are impressively small and weak. At the moment of birth, cubs have their eyes closed, they are hairless and also weigh between 350 and 500 grams. They are born in midwinter, inside their comfortable refuges, often caves, where they retire during the cold season of the year.

It is a diurnal and solitary animal. Males live in wide territories that can include the territory of some females, which have a smaller size. Both sexes, however, only relate directly to each other during oestrus, which in our mountains takes place at the beginning of summer.

Bears spend winter hibernating, using most of the time prior to the arrival of winter preparing for lethargy, keeping 75% of the energy gained from food in their adipose tissue.

This species is still common in some northern regions of its distribution area. However, in many others, such as ours, it is a critically endangered species. There are two populations in Spain: one in the Cantabrian Mountains, separated into two isolated spots, which still keeps more than two hundred bears; and another one in the Pyrenees, almost extinct, which has been reinforced with animals from eastern Europe. It seems the latter population is slowly recovering and nowadays there are more than twenty animals.